Seth Priebatsch from SCVNGR, a mobile start-up, is looking at the next big thing in progress after the social layer of Facebook, Twitter, Whatsapp. According to him it is about a “game layer,” a pervasive net of behavior-steering game dynamics that will reshape education and commerce.

His Ted talk about it is available here.

What’s happening around us?

Industry research shows that nearly all US teens and 53% of young adults are playing digital games (study results: here and here). While as in U.K, 83% of children under 18 with a tablet in their household use the device to play games, which is by far the most popular activity for this age group.

Read more here about this research. Interestingly, digital gaming almost attracts both genders equally, though boys play more, with girls at taking up 48% – almost equal. It seems boys are most likely using consoles while as girls are using mobile devices. Here is another interesting recent research for this year on this link. Stumbling upon this research, got me interested in what’s happening in India and what can we learn from insights that we get by talking to this age group and especially girls?

For me so far, I have had little knowledge about gaming, and talking to young teens as a researcher has not been so easy. So, both things I am diving in here are challenging for me. At the end of interviewing few girls as my study participants, I got to know a lot more about games. I also realized it is not so difficult to have a deep conversation with young girls who don’t otherwise open up so quickly. Digital gaming is affecting their lives increasingly and influencing how they interact with things. In fact, a question like, ‘what do you play?’, instantly gets you a response about one of the phone gaming application rather than an outdoor sport.
This research also reveals that it is a lot about what you do, where you are and how you spend your time there. Girls could easily identify how and where are they playing more. They do leave and forget games that don’t keep them interested and engaged.

There are two interesting things about it: one, how does gaming become more acceptable the way social media has become over time? For teenage girls, it turns out to be that it does matter what their parents think about when they are playing with high focus and want to become adaptable and have strategies to help with this. And the second thing that is also interesting is that most of their situations of play are when they are alone, bored in the presence of all the other social pursuits in which they don’t want to take part.

As Seth points out in his Ted talk; a couple of years ago, how Farmville almost was changing the lifecycle of people – making people come back to it again and again to save their virtual crops. This concept is used in Glowcaps, reminding people to have their medicine; it is not a game but with the same concept – consciously making use of gaming concepts for something good, influencing people.

What are these girls playing on their phones?

One of the participants in this study – Shreya, who is 16, and she is a student of commerce, 12th grad, plays more of digital games then sports. Games like Clash of Clans, Farm Heroes Saga, Candy Crush Saga, even Temple Run, which she plays just by herself, not with anybody else. She plays on the iPad, and not on her smartphone. She also believes that she is not so much on it as compared to her friends because the form factor matters and it is not a device that is always with her.

“I play when I am free and I don’t have anything else to do. I just play to wile away my time and not actually have any emotion connected to it. I play mostly with strangers, friends or play just by myself.
Parents automatically get annoyed; dad tells me that when I am playing the game, and I am just completely into it. I don’t realize what’s happening around me. When someone says something, you don’t even notice it. And I always think next time I should be better, multitask, may be…”

Tanvi, who is also in 12th grade, says she also plays games when she is bored & have nothing else to do.

“I don’t have any games on my phone. I don’t play on it. I do have an iPad. There this game called Snipper, and I know it is a violent game, but I enjoy playing it, not for a particular reason. It is kind of fun. It just keeps me distracted from studies and just procrastinate. Mom is always like; you should do something more useful, Like what?”

Both of them agree with each other that there could be games that are more informational or educational, except they shouldn’t get boring. Maybe, give them some pointers on how they are helpful to them, and help improve some of their skills.

“We play to keep ourselves distracted and want to divert our mind, just to keep stress away. Just mostly at home, when there are guests we don’t know well, or at a family function where we can’t participate in talks, it is better to carry the iPad and play our games.”

On the other hand, a 40+ technology executive mother says that her girls move away from social media apps and games too soon – sooner than she even figures them out. Though she tries to join them so that she knows what her kids are playing. Yik Yak and Spayce app in Silicon Valley which are the location-based social apps with gaming concepts in them are interesting to her kids. According to her, they are interested in the present, right now, and unknowns, watch things happening. They want ability to share fun filled memories with friends, cousins, strangers.

“It is like that part of human nature which makes us stay excited, and wants to know what’s cool or stay curious, learn. These things are not new, they have been there as part of our lives, just that now it is possible through digital means and on your finger tips.”

Another girl whom my friend met up with, talking about games on phones said to him that her mother doesn’t like games that have lots of movements – games like Temple Run. So such games are not allowed at home, and she can only play games that require thinking.

Another teenager to whom we talked about gaming said she likes to download lots of games based on her interest. Then she plays them one by one and delete the unwanted ones. The interest in such games is short-lived unless there are friends playing which makes them stick around.

Aranya, who passed out of 10 likes reading, loves ocean and quotes – is someone who likes play sports like football and basketball – and some way in which she can move. She loves music in these games and one particular game called Doodle Jum. With friends, she plays games like Wii, Mario Brose, and Mario Car. 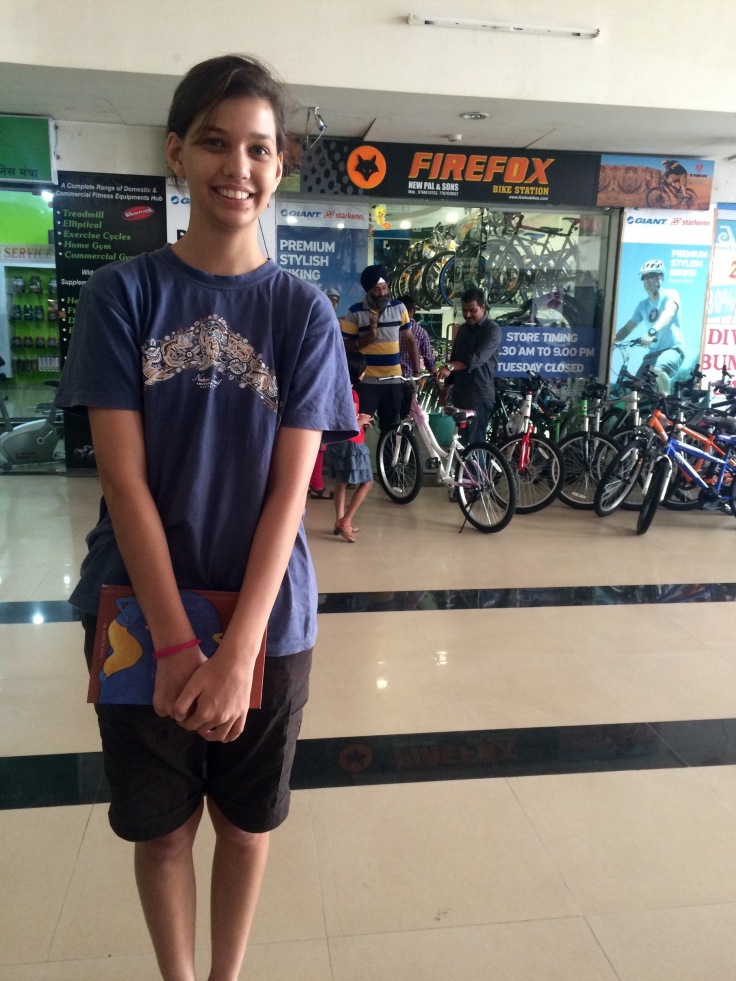 “I play such trivial games sometimes – I just play when I have nothing to do and at somewhere, like at the dentists place. We just do things like smashing into each other and you shoot at each other with friends. It is just fun, just about the pointlessness.”

Findings and lesson from our research could just apply directly to how we design gaming and what these games do for their users. For so many of their tools, we can incorporate gamification into things of importance to humans.
When you understand what they are thinking you start to see the gaps where all these gaming applications may not be supporting people. For example, how does one engage parents with girls of that age and create a bond between them ubiquitously on the device rather than have a contention as a result?

If you have more ideas, please share with me in the comments section below. I would love to hear your thoughts on this.